The Saracini-O’Neill Atlantic City 9/11 Memorial is a private 501(c)(3), all volunteer organization dedicated to remembering those individuals who perished on September 11, 2001 and in our subsequent military response to worldwide terrorism. 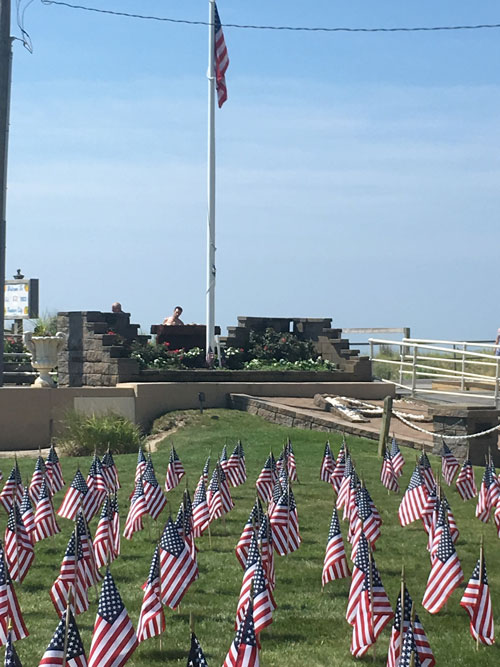 Raise and lower primary US Flag in accordance with military protocol

Our memorial event is held every September 11th at 10:00AM. The location is at the site of the Saracini-O’Neill Atlantic City 9/11 Memorial at Jackson Avenue and the Boardwalk on the border of Atlantic City and Ventnor, NJ rain or shine. The ceremony area is wheel chair accessible. Dress code is casual, there is no specific dress code, your presence is the most important ingredient in the ceremony.

We offer a tribute displaying national pride and love of country. Our patriotism is symbolized by flying a 30’ x 60’ American Flag strung between Atlantic City Fire and Ventnor City Fire Ladder Trucks. The 30' by 60' American Flag is flanked by over 100 uniformed Police and Fire personnel. In the spirit of the memorial service the ACFD Sandpipers Pipes and Drums provide music.

Patriotic songs are sung by former Miss America Suzzette Charles and local vocalists. USMC Sgt. Chuck Knutson of Last Salute presents a folded American flag, in our "Heroes Among Us" segment, to an individual or a family member who has provided distinguished service to our country. 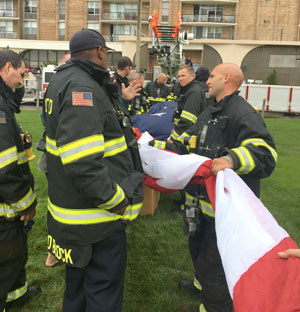 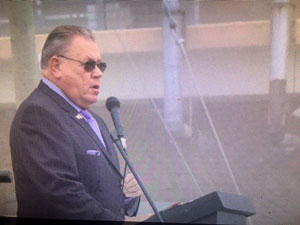 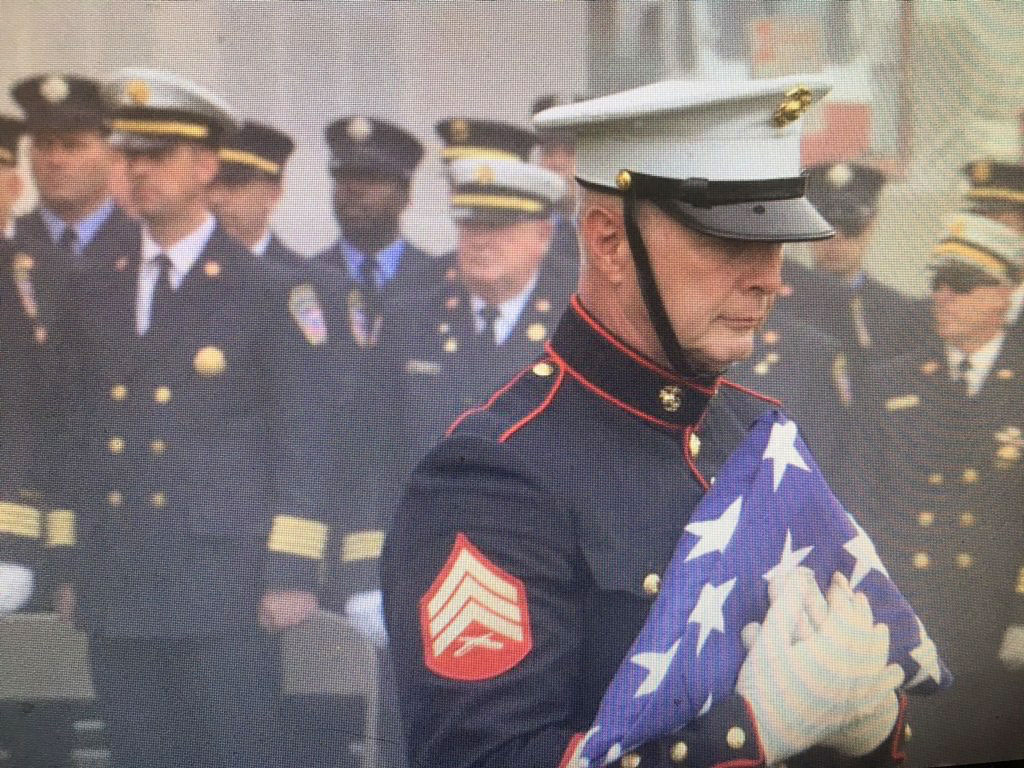 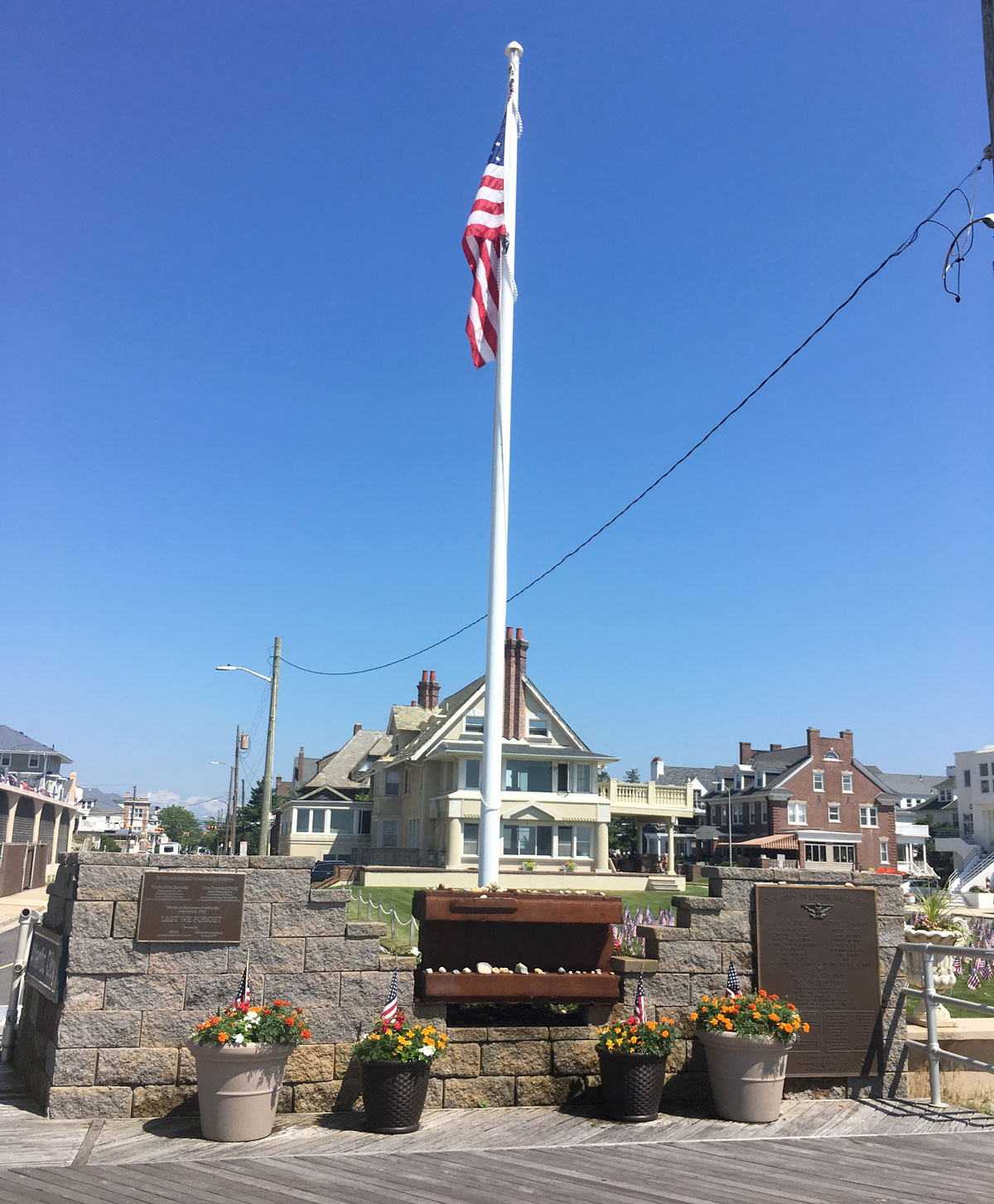 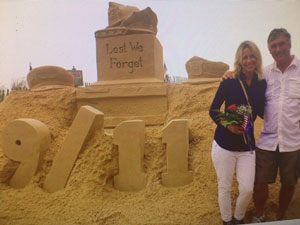 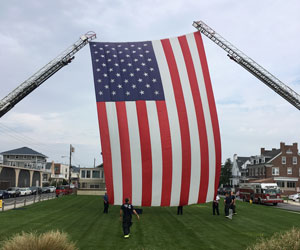 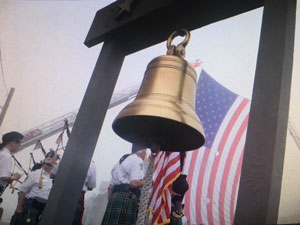 In addition to organizing the Saracini-O’Neill Atlantic City 9/11 Memorial Ceremony we provide a year-around service by performing light maintenance to the Memorial, seasonal flowers in the Memorial planters, American stick flags in all flower planters, raising and lowering the American Flag to half staff, and other details.

Accordingly, we emphasize our local heroes and Atlantic City natives and we honor southern New Jersey residents who perished that tragic day in September. 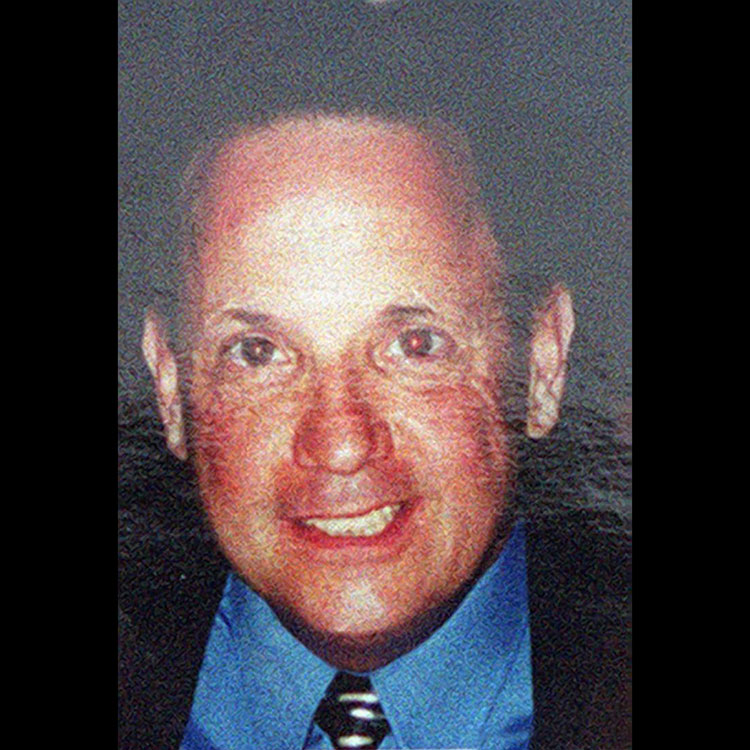 Captain and Pilot of
United Flight 175 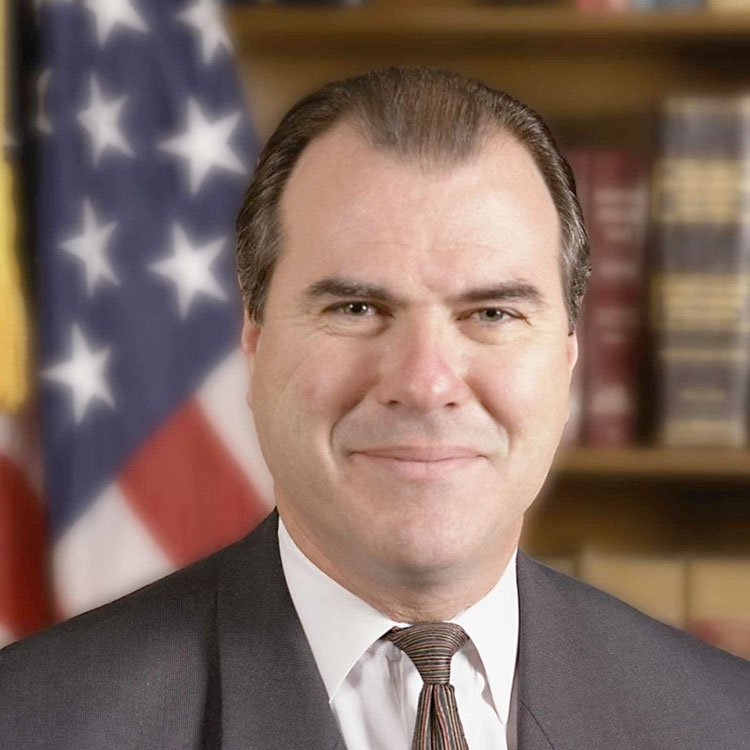 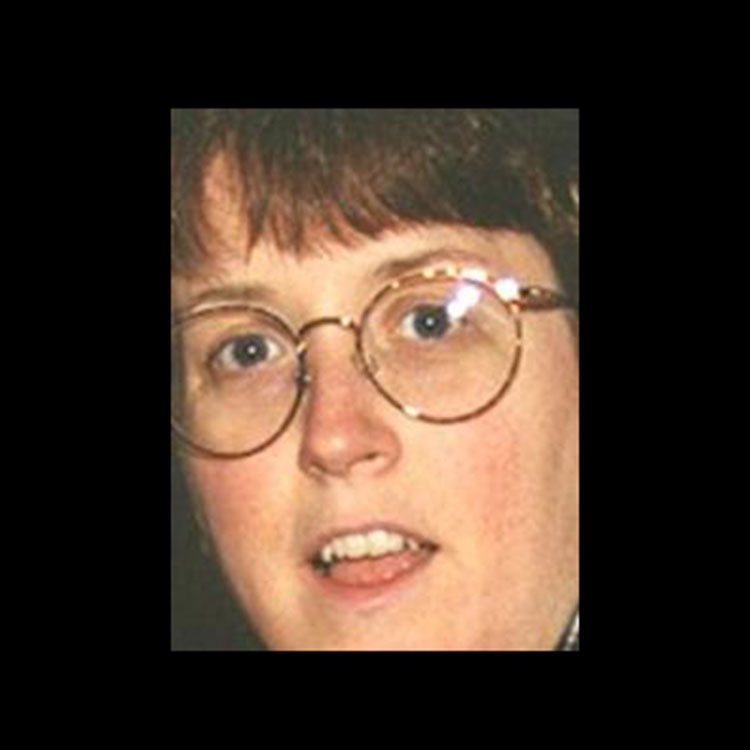 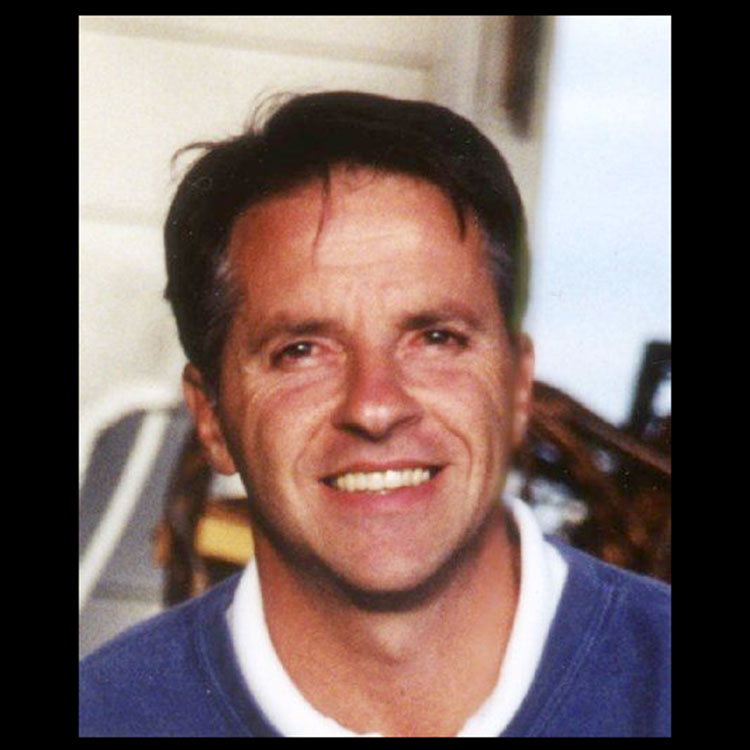 Our Ceremony mourns and celebrates our deceased heroes through our living uniformed heroes:
Law Enforcement, Firefighters, Armed Forces, and all First Responders.

Help Us Continue the Memorial

Sufficient funds are needed to produce a quality event worthy of our cause. In order for our organization to exist in the long term, we need a sound funding solution.

Our long term goals are to add to the current Saracini-O'Neill AC9/11Memorial by constructing a memorial wall listing the names of the nearly 700 New Jersyans who died on September 11, 2001. Secondly, we hope to establish a scholarship fund in the names of Saracini, O'Neill, Cody, and Alameno.
PLEASE DONATE TODAY