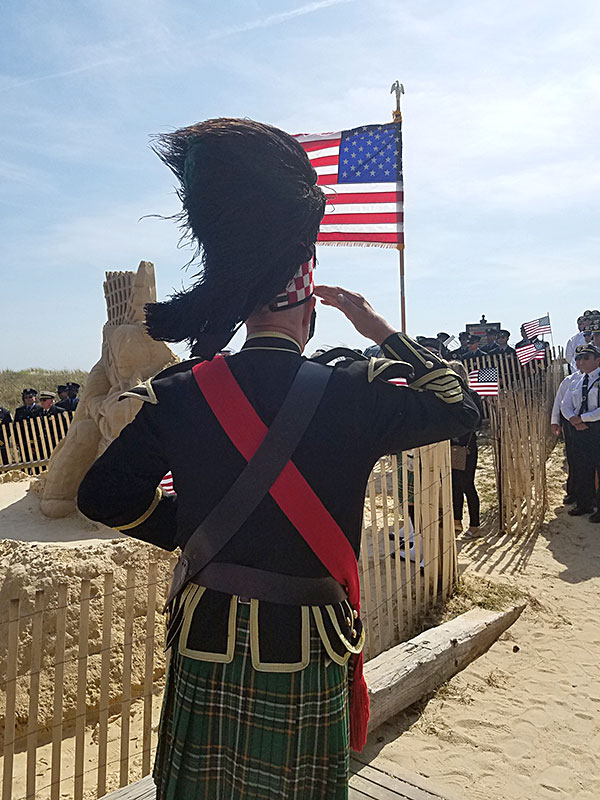 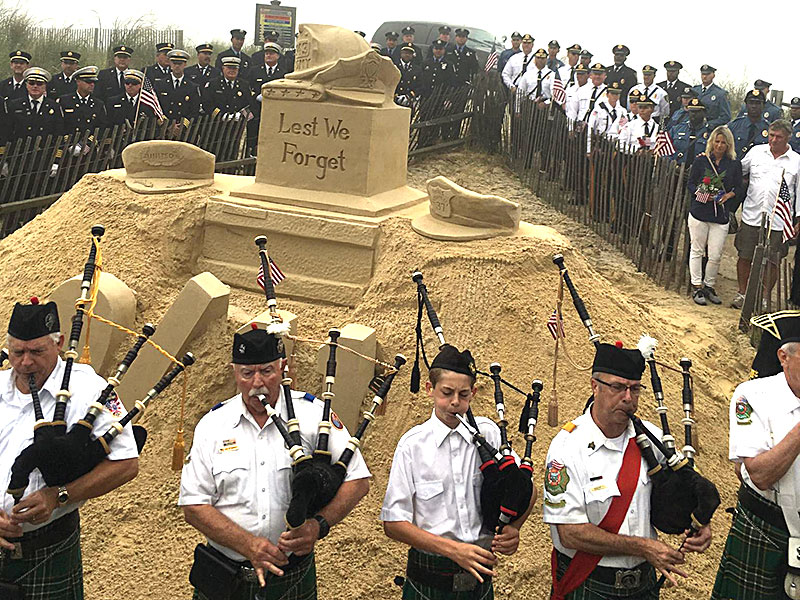 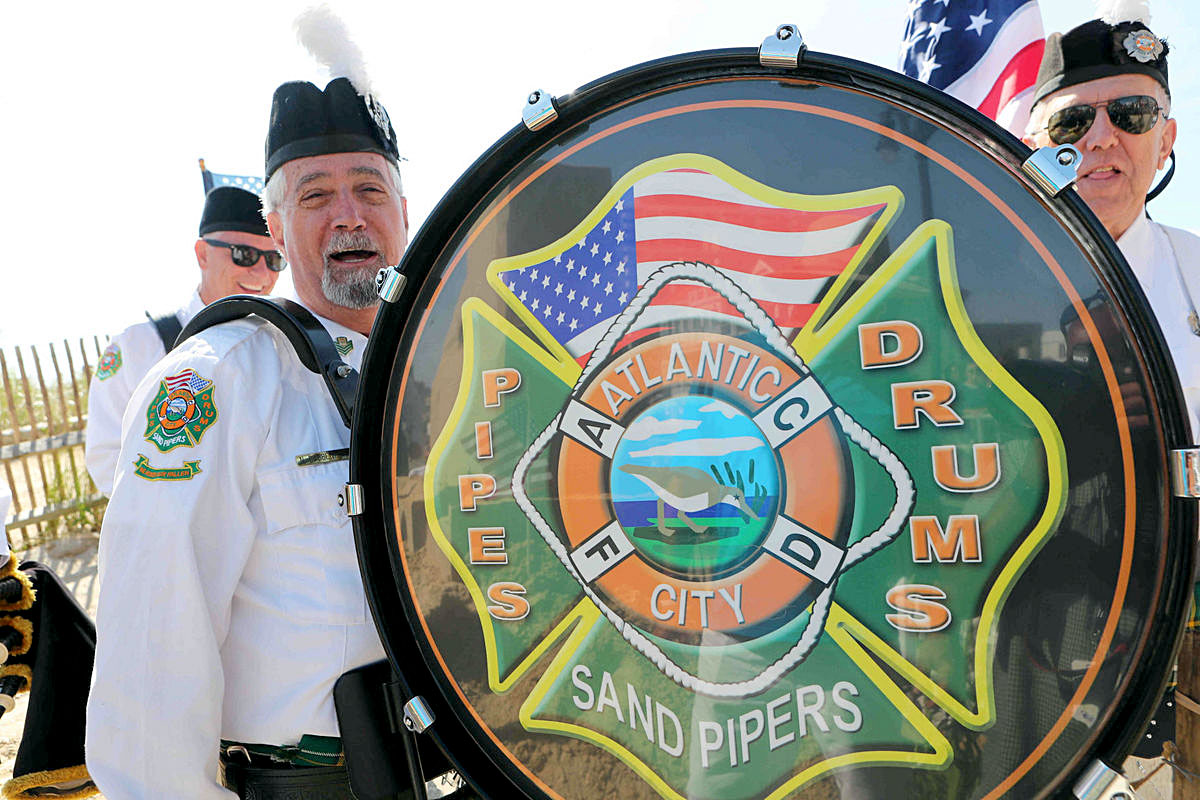 The Saracini-O’Neill AC 911 Memorial ceremony would not be complete without the inclusion of the Atlantic City Firefighters Sandpipers Pipes and Drums. These men and women are the musical heart and soul of the ceremony.

From the melodic, harmonic, and mournful sounds of the bagpipes in the opening procession to the beautiful and haunting voice of Sherry Mistler singing Amazing Grace, to the full complement of bagpipers leading all of the event participants out of the ceremonial area, on to the Boardwalk and south to the Gowdys’ 911 themed sand sculpture, the Atlantic City Firefighters Sandpipers Pipes and Drums add solemnity and distinction to the Memorial ceremony.